Wollongong City Art Gallery, NSW, Australia
Sadly, after working as an artist for more than 60 years, in May 2012, Robert Liddicoat became unable to paint and passed away quietly in the early hours of Monday 6 May 2013. This was his last exhibition organised by his family in memory. 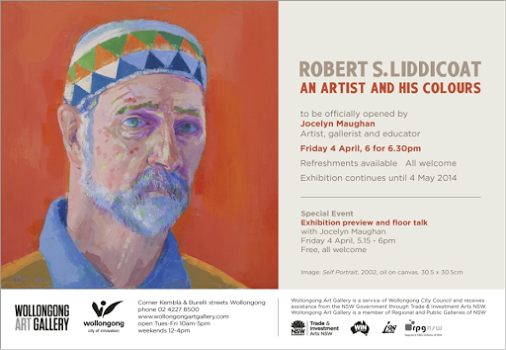 ​This was the fifth and last joint exhibition with Korean sculptor Jinho Choi (www.zeeno.net) at the Zeeno Space Gallery & Studio in Paju, just 45 minutes out of Seoul. Visit by appointment only - contact us here.

How to get there